The purpose of this guide is twofold: on the one hand, to make available to the public a list of commercial establishments in Llíber and, on the other, to provide some information that will help to better understand the history and culture of this municipality, where the landscapes of the Pla de Llíber and those of the mountains are combined in a harmonious way. Therefore, we would like this publication to become a useful instrument for all those who intend to visit us now or in the future. For centuries, Llíber has produced -and can be purchased in its shops- some quality products made in an artisanal way: wine and mistela, raisins, sausages and traditional pastries (sweet potato cakes, coca maria, burnt bread , almonds, etc.). Finally, the traveler should not leave Llíber without first doing the Riuraus route or the Calvario route, from where they can enjoy a complete panoramic view of the plain and the mountains to the south of Llíber.

SOME HISTORICAL FACTS ABOUT LLÍBER

In the Pozo de Gata area, located to the north of the municipality, remains of an Iberian settlement have been found. The Iberians used to build their settlements on high places to get a better defense against their enemies. For this same reason, they also walled them. It is possible that the town of Llíber has its origin in a Roman villa, since it has been speculated that its name could come from praedium Liberii, that is, Liberius' estate. Already in the Middle Ages, the lands of Llíber were conquered from the Muslims in 1245 by King Jaime I. At the beginning of the 15th century, the towns of Xaló, Llíber and Alcalalí had Don Pedro de Castellví as their lord, but in 1408 he sold this last place and his term to Jaime Verdeguer. The old demarcation of the Castle of Aixa was thus divided into two manors, which will be the origin of the respective Baronies of Alcalalí-Mosquera and Xaló-Llíber. From 1413 to 1444 it was part of the Martorell manor, lineage to which the famous novelist Joanot Martorell, the author of the chivalric book Tirant lo Blanc, belonged. In 1444 the place of Llíber was judicially sold at the request of the creditors of Galcerán Martorell, Joanot's brother. The purchasers were Don Gonzalo de Híjar, Commander of Montalbán, and his wife, Doña Inés de Portugal. On September 12 of that same year, this marriage sold Llíber to his son Pedro. The expulsion of the Moors meant the total depopulation of Llíber and the consequent arrival of new settlers, mostly from the Majorcan town of Llucmajor. This historical link is the foundation that justifies the twinning that exists between the two towns.

It is a narrow valley between mountains that collects the waters that come down from the Sierra del Castillo de Aixa. In this game we find an old raft as a mute witness of other times when there were orchards. Among its flora, there is an endemism that only occurs here and in Cabo de la Nao; It is the plant called Erica Arborea.

They form a set of great architectural and landscape value. There are two fundamental groups of these traditional constructions: on the one hand, the riuraus that are located at the foot of the mountain where Llíber is located, whose location responds to the need to preserve the raisin from the dews that are usually produced in the Pla de Llíber and, on the other hand, those found in the section called Els Cairons.

The church of San Cosme and San Damián (19th century). The historical-traditional ensemble of the Riuraus. The Ascent of Calvary. The old farmhouses of Marnes and El Cau. The pool of the Aixa Fountain (Font d'Aixa). 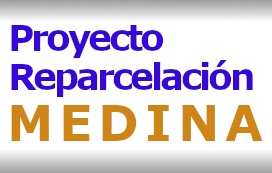 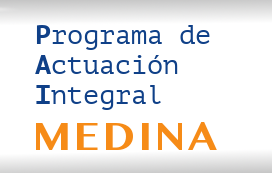 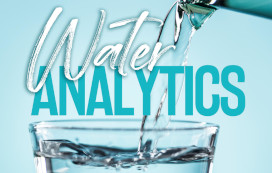